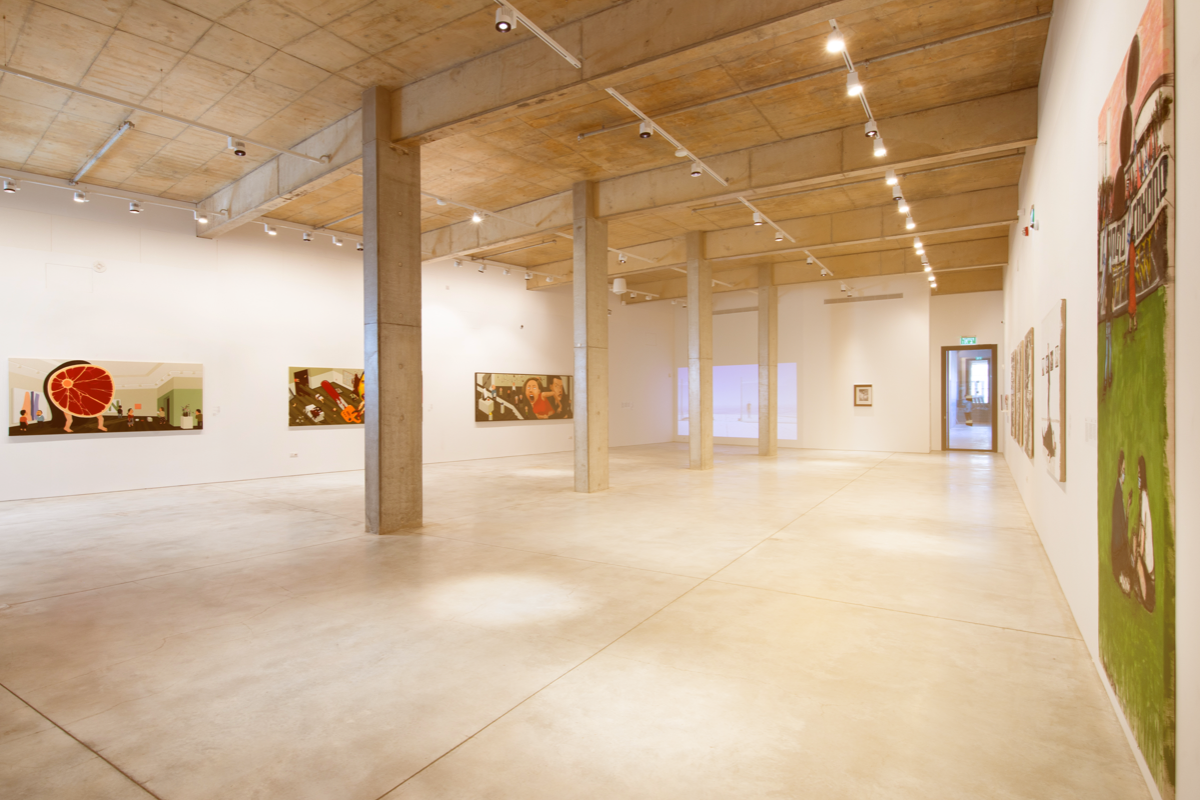 Ramat Gan Museum of Israeli Art is dedicated primarily to the presentation of Israeli contemporary art in diverse media: painting, sculpture, photography, video, installation, and performance. Exhibitions are devoted to current issues pertaining to Israeli society and culture, and to universal themes which are at the heart of contemporary discourse, alongside historical tribute and research exhibitions.

As a central cultural institution committed to Israeli art, Ramat Gan Museum strives to promote the discussion of key issues regarding the Israeli space from a critical perspective. The museum aims to promote and cultivate Israeli art locally as well as internationally, seeking to create a platform that will connect art with social involvement. Great importance is placed on developing a multicultural dialogue in a desire to establish common spaces of equality, which will embrace the diversity of identities and cultures in Israel.

Ramat Gan Museum is located on one of the city's main arteries, verging on the banks of the Yarkon River. In 1983, the building was transferred to the Ramat Gan Municipality, and the following year, the city council decided to establish a Museum of Israeli Art and an association headed by Deputy Mayor Hanan Rosen.

The museum is located at the heart of the Hanan Rosen Museum Campus, which also houses the historical studios of artists Aharon Kahana, Nathan Rapoport, Kosso Eloul, and Joseph Constant, built on the outskirts of Shikun Vatikim (Veterans Neighborhood) in the 1950s. The museum thus realizes the vision of the city's first mayor, Avraham Krinitzi, to develop Ramat Gan's cultural compound and artist community in this area.

Ramat Gan Museum was founded in 1987 in an industrial building constructed in the 1930s, which housed various factories and workshops over the years. Its unique shape is due to the plot on which it was built—an acute triangle, formed by the intersection of two historic roads. Its modernist architectural style was typical of residential and industrial buildings in those years. Upon its establishment and under the management and vision of Meir Aronson, its founder and first curator, the museum's identity was formed as the only museum of Israeli art in Israel.

In 2017, the building's expansion and renovation, headed by Efrat-Kowalsky Architects, began at the initiative of the Ramat Gan Municipality. The museum reopened to the public in December 2021 under Chief Curator Svetlana Reingold.

The Ramat Gan Museum of Israeli Art is a contemporary art museum, which mainly presents Israeli artists alongside international artists